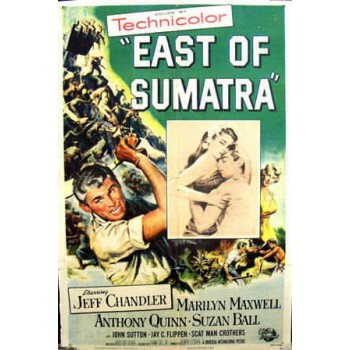 Duke Mullane, manager of a Malayan tin mine, goes to a little-known island to open a new mine in the jungle. Initially, the natives there are friendly, especially dancer Minyora...who proves to be affianced to local ruler King Kiang. Alas, a series of unfortunate incidents changes Kiang's attitude to hostility, and Duke is stranded with his crew, Minyora, and his old flame Lory...who's now engaged to his boss! Are romantic triangles more deadly than poisoned darts?