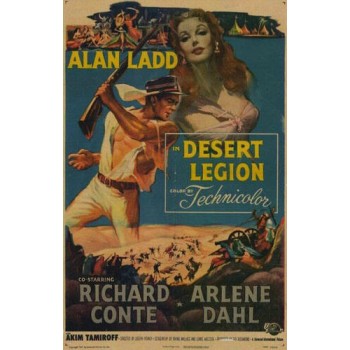 Paul Lartal leads a troop of legionnaires into ambush at the hands of Omar Ben Calif. Returning later at the request of Princess Morjana he is led to the hidden city of Madara, currently harrassed by the evil Crito. Lartal must do in the bad guys (which includes participating in a bare chested spear-throwing contest), save the city and comfort the Princess.