Home » Down to the Sea in Ships

Down to the Sea in Ships 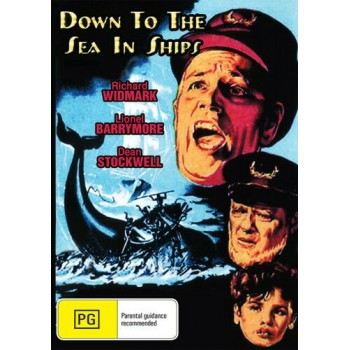 Lionel Barrymore plays Caption Joy, soon to be retired Master of a whaling ship. He wants his young grandson (Stockwell) to carry on the family tradition and eventually become Master of the ship. But the boy lacks the appropriate education and seems unable to learn. On his last voyage, Joy appoints the new first mate, Lunceford (Widmark) – also his tentative replacement – to the job of educating his grandson. It takes Lunceford a while to win the boy’s confidence, and when he finally does, the old Caption seems to become jealous. then when a boat is lost in the fog with the boy abroad. Lunceford launches a second rescue boat against regulations, and the Captain must discipline him. This dilemma between duty and personal devotion develops a tense situation between the three, with dramatic impact that make Down to the Sea In Ships one of the most poignant films of it’s kind.